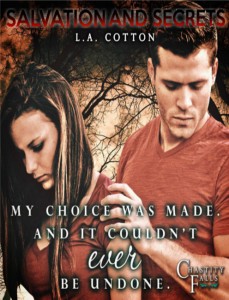 Chastity Falls was supposed to be Ana Parry’s fresh start. But what started as her salvation soon became her undoing.

Four months after losing the very thing that gave her reason again, Ana is back at Chastity Falls. Holding on by a thread and trying hard to forget about Jackson isn’t easy when she’s determined to uncover the Donohue’s biggest secrets.

Jackson Pierce knew he was playing with fire when he pursued the girl with pain in her eyes. But there was something about her and he just had to know more.

Walking away from Ana was the hardest thing he’s ever done, and four months on, he refuses to forget. He can’t. Rising tensions with Reibeckitt Valley mean Ana is still in harm’s way and, this time, he’s determined to protect her—at all costs.

Loyalty drove them apart, but will secrets piece them back together? Or tear them apart for good?

Salvation will be earned, secrets will be unveiled. Welcome to Chastity Falls. 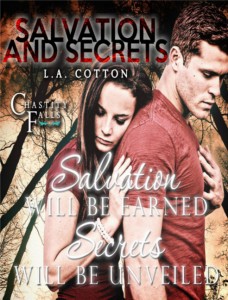 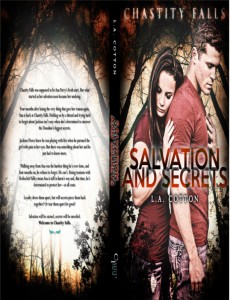